Harrison turned 2 last Wednesday, and we had a fun time celebrating. It was a little more fun (for him, anyway) this year since he could understand and appreciate what was going on. Tuesday night, David and I wrapped presents and decorated for the birthday boy. Nothing too elaborate. We put some balloons on the staircase leading downstairs and decorated his chair at the table with streamers and balloons. I thought about a birthday crown, but visions of him ripping it off last year kept me from it. Perhaps I will work on a cloth one, so it’s okay if he pulls it off. I digress.

Harrison must have known it was his birthday because he was up a little earlier than usual the next morning. He immediately saw the balloons and just wanted to play with those, but we eventually got him downstairs where we had set up his presents in the living room.  Last year, we could’ve just gotten him tissue paper and boxes, but this year he was a little more interested in what was inside the bags and boxes. The hard part this year was getting Harrison to open another gift instead of just playing with the item he just opened. He seemed to think we were taking that gift away by making him move on. His favorites were a bubble mower (although he has no idea bubbles are part of it), a Tonka truck play set, and his Tag Jr. 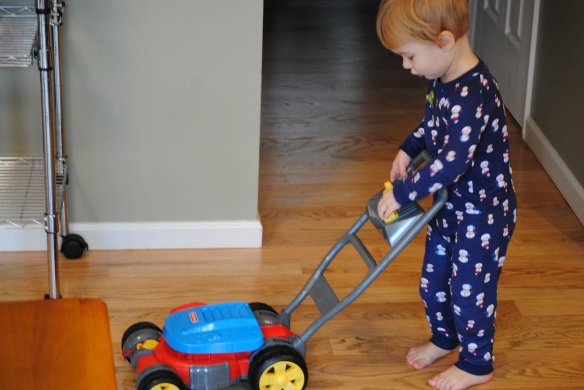 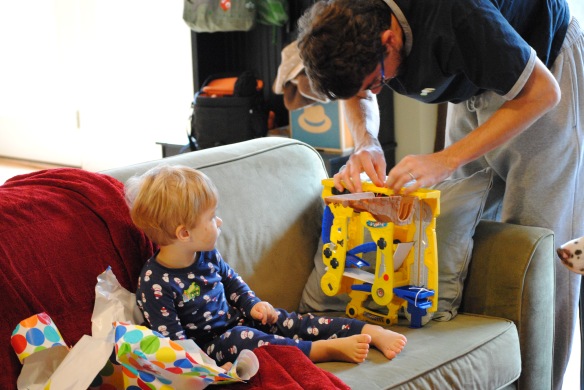 After opening presents, Harrison got to play while we made his breakfast request: blueberry and raspberry waffles and bacon. We brought his waffle out with a 2 candle in it and sang, “Happy Birthday”, but he seemed to think we were going to make him eat the fire and/or candle and was not very happy about that. David helped blow out the candle, and a crisis was averted.

David had the brilliant (insert sarcasm here) idea of going to the zoo that morning. We hadn’t said anything to Harrison about it yet because the weather hadn’t been ideal the past two days, and we weren’t sure what his birthday would bring. Well, it wasn’t raining, but it wasn’t exactly ideal. We still braved the cold; it was maybe 45 degrees. I am glad we went because Harrison loved it, but we will have to go back when it’s warmer and more of the animals are out. We maybe saw a third of the zoo, and I made sure we checked out the bugs and birds (both were indoors). 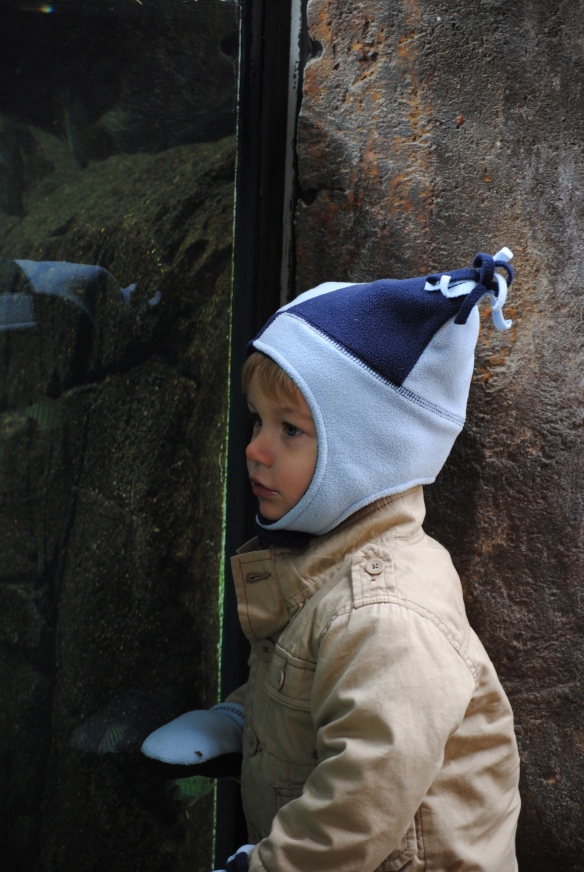 Checking out the hippos

We came back home for lunch and nap, and, unfortunately, David had to leave on a business trip that afternoon. I got particularly emotional because I hated that David had to leave on Harrison’s birthday, and I felt bad that he would wake up and David wouldn’t be here. Aunt Katie stopped by that night to see the birthday boy, though, and he enjoyed that.

We were back in Mexico for a friend’s wedding on Saturday, so we figured the weekend would be a great opportunity to have Harrison’s party with family. We ended up having both sets of grandparents, as well as Great Grandma Cooper, and most of the uncles (no Uncle Kevin) and Aunt Katie to David’s parents’ Sunday afternoon and evening. It was a great time, and Harrison enjoyed his Cookie Monster cupcakes. It was a wonderful celebration for our now 2-year-old. 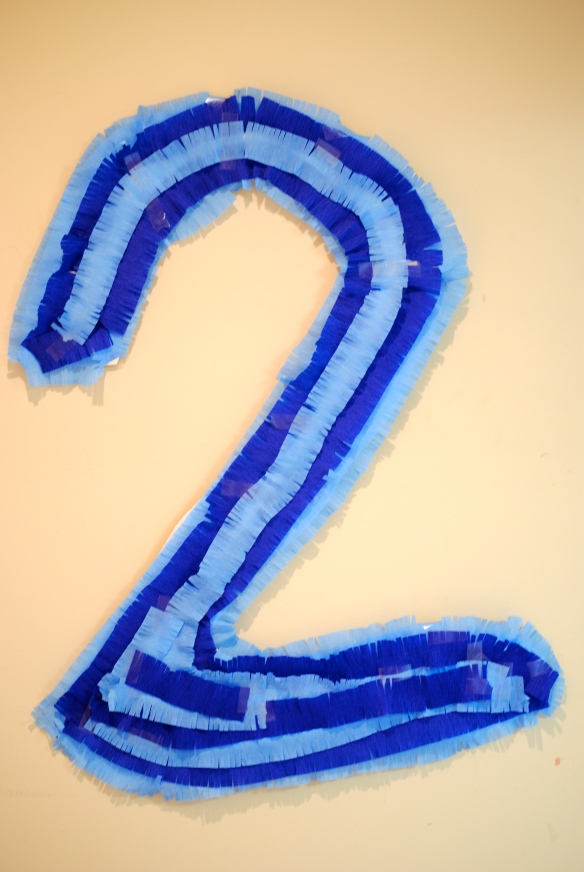 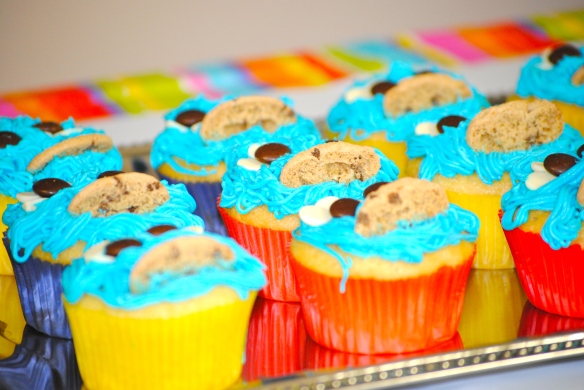