I was getting ready to write up another post about Harrison and our wonderful conversations, and I realized I rarely post about Beckett.  I think the last time may have been his birth.  He pops up in photos and other posts, but never a post devoted to him.

Here’s the thing. You have your first child, and you (well, me, and I’m guessing a lot of other moms) compare him to charts, books, and other children his age.  You ask other moms about their children (secretly taking mental notes about whether your child is doing the same thing or more), and you talk about your child (mostly to share, but also to brag).  I hope I don’t sound terrible.  I’m just being honest.  I am pretty sure I may have quizzed Harrison on his body part identification abilities after a play date.  In all seriousness, it can be very easy to get caught up in comparing your child. You worry about things.  Well, you do if you’re me.

Then you have another child.  For us, that was our sweet Beckett. 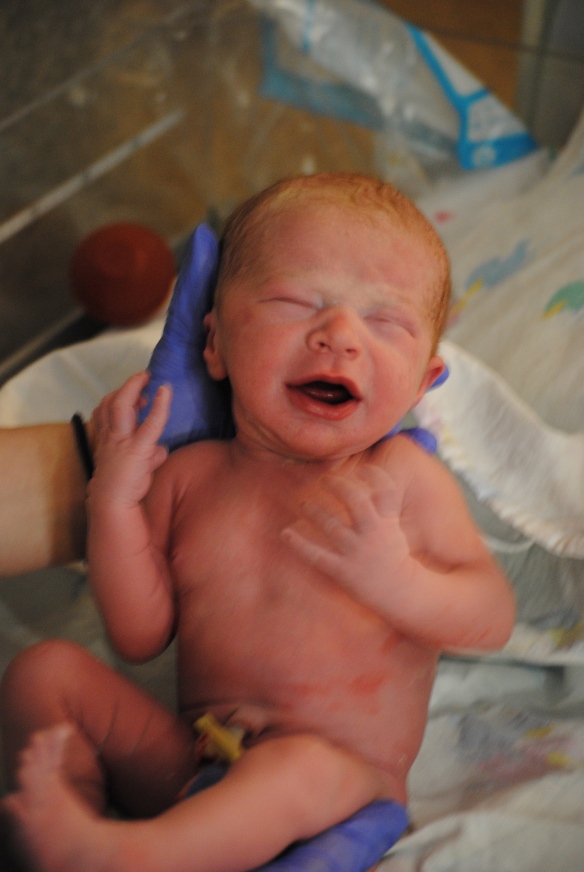 From the moment he was born, he was different than Harrison. To start, he was over two pounds smaller.  Made for a happier mommy in terms of labour, but made for a worry-wart when it came to monitoring his growth.  He also had stomach issues and needed some extra TLC from us.  It was hard not to compare him to his older brother, but it was making things very hard for me to do so.  I had to learn to stop comparing and just focus on Beckett.  When I did that, I realized he may have had some stomach issues, and it may have made things a little more difficult, but he was healthy. Beckett was beautiful, and he was all we hoped for and more.   He still is.

Fast-forward 16 months (otherwise, you would have to read this in installments), and we are right here. Beckett continues to bring joy to our family.  He has untold love for his big brother, and it is the.best.thing.  I wish a picture could capture how he lights up when Harrison comes into a room. 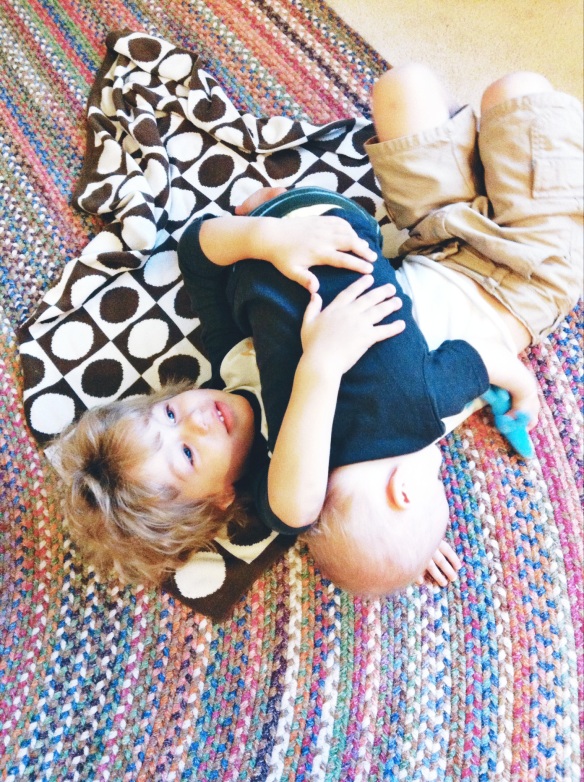 Beckett has always demonstrated this tenderness that is hard to describe. When his older brother is upset, he will stop what he’s doing and go give a hug and kiss.  He loves to check in on people and give random affection.  He will offer toys or stuffed animals to make other children happy.  This boy is going to make things happen with his extreme love for people.

Beckett is a pleaser.  He seems to make a concerted effort to do what we ask and help out.  Things may not go exactly where they should, but he understands he needs to clean up and put away.  Shoes may not be perfectly placed, but he knows where they go.  If he sees me closing one door, he will walk around closing any other open doors.  His new thing is to go around pointing out any crumbs or mess on the floor and say, “Uh-oh!”.  Many times he will pick it up and throw it away.  A few times, he may have tried to eat it.  Just a few…

Beckett is very independent.  Sometimes I just watch him, amazed at his capabilities and ingenuity.  He was drinking out of an open cup at 9 months.  Before he was walking independently, he would push his walker until he was next to another object he could cruise along.  Instead of getting upset when his walker became stuck, he would finagle it until he could move it again. Nowadays, you can find me nervously awaiting what he’s going to climb next. If we blink, Beckett is in our room scaling our bed.  He is strong, and fast!

My (second) little man works hard and perseveres.  Of course he gets upset. After all, he’s a toddler.  But, he sticks with things.  I took a video of him doing his stacking rings a few weeks ago, and I smile every time I hear his little “ha” when he figures it out.  Beckett is very proud of himself for his accomplishments.  Sometimes, he claps for himself, but often it’s a little smile, and then he moves on.  I get such joy just watching him do things.

All of this to say that I see so much more now that I’m just observing Beckett in his environment, rather than occupying myself with what he should be doing and comparing him to Harrison at the same age.  The truth is that there are probably things Harrison did that Beckett doesn’t do, and there are probably things Beckett does that Harrison didn’t do.  I don’t think any more or less of my boys for these things. They are individuals.

It’s been a whirlwind 16-months! Once again, I find myself wondering where the time went.  I don’t feel like I’m missing things, though. Even though I may not know what day (or month) Beckett uttered his first word or got his first tooth, I do know which tooth came in first, and which word he said. I also know that I love how he says, “Mah-muh!” and smiles as he runs toward me to kiss me.  Such a sweet boy. 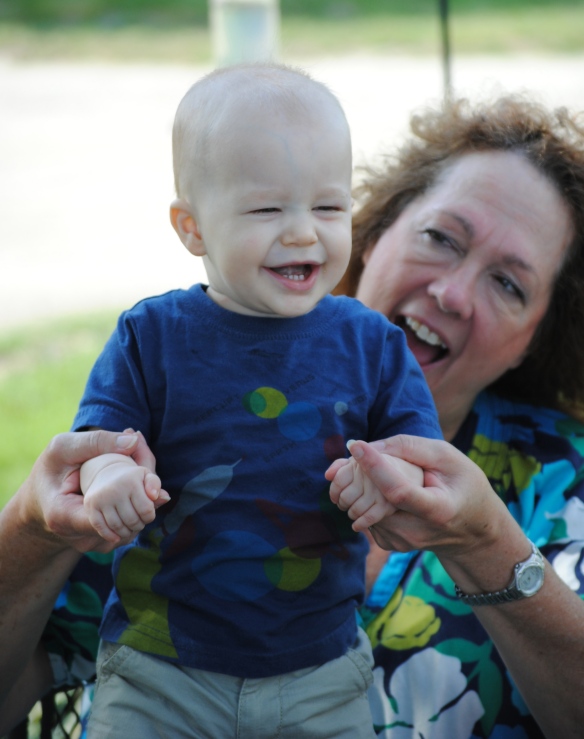